Just as advertised! The

Just as advertised! The staff and Dr. Agha made me feel comfortable from the time of my first phone call, through the procedure and finally with my follow up phone session. The procedure was quick and painless. The recovery was easy and pain free. I would definitely recommend Dr. Agha to anyone looking to have this procedure done.

Procedure was exactly as explained.

The procedure was exactly as explained. Quick, simple, and painless. The doctor is a very nice man and a true professional.

Dr. Agha was great to work with

Dr. Agha was great to work with. Not only did he educate me on the process and post-procedure expectations he truly showed me the value of going with a specialist rather than a general practitioner. I was very pleased with the procedure overall and had little to no pain afterward. Lastly, Dr. Agha and his staff were extremely professional. I would recommend Dr. Agha and his staff to anyone looking to have this procedure completed.

I am glad I chose this practice

I am glad I chose this practice it was a very smooth process, also the staff was very pleasant.

Everything about the whole process was very easy

Everything about the whole process was very easy, comfortable, and painless. The consult helped to answer all my questions, the procedure was clearly explained, and the procedure itself went just as advertised.

Very happy that I chose to do this with Dr. Agha.

Procedure was very quick and painless

No pain means no pain.

No pain means no pain. Very professional. Did this on midday Friday back to work Monday.

Very professional and well done. I walked out after with no problem and also had no pain during surgery.
I would highly recommend this clinic

I was nervous and apprehensive

I was nervous and apprehensive about having this procedure done. At the consultation, Dr. Arif Agha was very good at explaining how everything was going to work and how the procedure is painless (read up on the no SNIP process on their site). Even with all of that, the thought of having something snipped down there was daunting. That said, I mustered up the courage and arrived for the procedure at the scheduled time. Dr. Agha explained me at the consult what i would feel which was pretty accurate looking back. During the entire procedure, I was tense just assuming something was going to hurt. He kept asking me if I was OK and if anything hurt and was very conscious of how i was feeling. After about 10 minutes he said he was done. I could not believe it. I did not feel a thing other than the high pressure administration of anesthesia (which he thoroughly explained ahead of time and does not hurt). Had I not been dwelling over what “might happen” I could have just browsed the internet on my phone the whole time and been none the wiser on what was occurring. The whole procedure took about 20 minutes from the time i laid down to the time i got up. I was thoroughly impressed with him and his team.

Post Op issues were very minimal. Day 1 i had some very mild discomfort in certain situations (mainly driving a car for some reason) but it was never enough to even take pain medication. This continuously got better until the end of the week at which point i was running outside again. I had no infection, no swelling, no pain. Its hard to talk someone through how this is going to go because they have to get over the idea of having this done more than anything. I will contest to the fact that this is truly a quick and painless procedure and coming from someone who is hypersensitive to any trauma in that area.

Thank you Dr. Agha for making this experience very easy and pain free and i will recommend to anyone who asks.

I am a very pleased patient!!

I am a very pleased patient!! Dr. Agha and his staff are very professional and efficient. They are not trying to sell you on anything – everything from the first appointment to the procedure to the follow up was smooth, pain-free, and well worth it.

So glad I did the procedure here!

I had an overall great experience

I had an overall great experience. From start to finish, completely pain-free. Very informative and professional. I highly recommend him!

Pain-free as advertised, fast and professional!

Pain-free as advertised, fast and professional! Great bedside manner too in dealing with me being nervous. Thanks, Dr. Agha

The people here were very

The people here were very nice, the procedure was short and painless. All of my questions and concerns were addressed straightaway. I would highly recommend!

Great, friendly and professional service. Everything was explained in details and i felt comfortable and safe during my procedure.
Highly recommend the office and the doctor.

Everything went great! Everyone at Dr.

Everything went great!
Everyone at Dr. Agha was very professional and thorough.

Thanks to everyone for making this a painless and smooth process.

I was very pleased with

I was very pleased with the procedure. It was painless and the doctor made me feel very comfortable and let me know what was going on thought the procedure.

I liked everyone there. The

I liked everyone there. The dr helped a lot. Glad this was done here!

I had my vasectomy done

I had my vasectomy done recently by Dr. Agha. It was a painless and easy procedure. Thank you, Dr. Agha, for your dedication to bring about quality results.

I am in complete awe

I am in complete awe as to how fast and painless this procedure was. I was a little nervous but the professionalism of the Dr and staff made me very comfortable and it helped that they had music playing to lighten the mood. The only pain I felt lasted a few seconds. You will be a little sore for obvious reasons so just give yourself a couple of days and you’ll be as good as new. Would highly recommend this office if you and your wife/ partner are planning to not have children.

I had the procedure and

I had the procedure and I was very nervous throughout. I was very happy with DR Agha and his staff were all very nice and professional. Everything went very well. Very little pain, if any. Was a little sore, but I was fine after 2 days. Thanks a lot!

“No SNIP” is definitely the 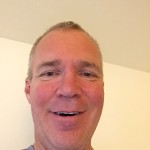 “No SNIP” is definitely the way to go here. Dr Agha made the procedure painless – it was relatively quick. Seriously, I was freaked before hand – looking back on it – it was simple. I view a vasectomy the same way I view dental work – I expect to be a little uncomfortable but pain free. Dr Agha met these standard

I had my procedure done

I had my procedure done now over 1 month ago and I have to say that my experience was very pleasant and professional. Dr Agha was through in explaining the procedure ahead of with my spouse and I and made us feel comfortable. The procedure was truly no pain, and I am still surprised how quickly it was completed. I would highly recommend anyone considering vasectomy to Dr Agha!

I knew it was a

I knew it was a simple procedure but still had some deeper fears. I went for a consultation with Dr. Agha and felt very assured. The procedure was easy, short and painless. His staff was extremely helpful and med me comfortable. I highly recommend Dr. Agha for his professionalism.

After a few years of

After a few years of dread and fear of a vasectomy, I finally mustered courage. I was impressed by Dr. Agha and his staff. He was very through in his explanation. There was no pain and his staff went out of their way to make sure I was comfortable. The procedure took about 20 minutes and I was back to work the next day without any problems. I highly recommend Dr. Agha for vasectomy.

A few of my friends

A few of my friends had told me horror stories of vasectomies. I must confess that my experience was completely opposite. I had read about Dr. Agha that he is a specialist in this field. He not only performs vasectomies, but also he reverses them. He is very skilled in such surgeries. I had no pain. I was relaxed and walked out in 30 minutes. There was no incision, no stitches. He numbed me with a spray and that was all.

I was amazed how quick

I was amazed how quick and easy was the procedure. Dr. Agha did everything possible to make me comfortable and put my mind at ease before, during and afterwards.

We recently had an “oops”

We recently had an “oops” pregnancy after my younger sons 7th birthday. My wife had been on the pill. We discussed the options and I decided to move forward with Vasectomy.